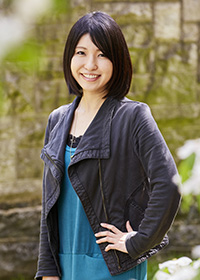 Maiko Miyara was an accomplished corporate lawyer before coming to Vanderbilt to earn her LL.M., having earned both a bachelor in laws and a J.D. at the University of Tokyo. She took a year’s leave from her position at Nishimura & Asahi in Tokyo to study corporate law at Vanderbilt to advance her goal of handling cross-border corporate restructuring and bankruptcy cases. “I wanted to study U.S. bankruptcy law and mergers-and-acquisitions practice,” she said.

She chose Vanderbilt both for its strong Law and Business Program and because, at Vanderbilt, LL.M.s attend the same classes as J.D. students. “The size of the LL.M. class is small, and LL.M. students study in the same classes as J.D. students, there are lots of opportunities to get to know them,” she said. “On many Friday nights, student organizations host a ‘Blackacre,’ a social event where you can meet other students.”

Miyara took the Legal English course Vanderbilt offers before LL.M. classes began, and she enjoyed her Legal Writing class in the first semester, which was specifically tailored to LL.M. students. “Legal Writing was very challenging in the first semester, but it helped me gain legal writing skills at the early stage of the LL.M. program,” she said. “There were lots of opportunities to write and revise drafts based on the professor’s comments.”

She also discovered the differences between American and Japanese law schools. “The teaching style at Vanderbilt was very different from Japan,” she said. “On my first day of Contracts class, Professor Allensworth called on me twice a week. I was shocked!” However, Contracts became one of her favorite classes, in part because of Professor Allensworth’s teaching. “She was very kind and encouraged me,” she said.

Her Bankruptcy professor took the class to a bankruptcy court to observe the proceedings. “What I learned in Bankruptcy class will help my career, and Contracts was also helpful, because I sometimes deal with international business contracts in my practice and I learned difference from Japanese law.”

Miyara liked living in Nashville, where Vanderbilt is located. “Nashville was not too big and not too small and people here were very kind,” she said. “I felt safe here.”

Maiko passed the NY bar and is now working for one of the largest banks of Japan. She will return to work at the law firm Nishimura & Asahi in the future.