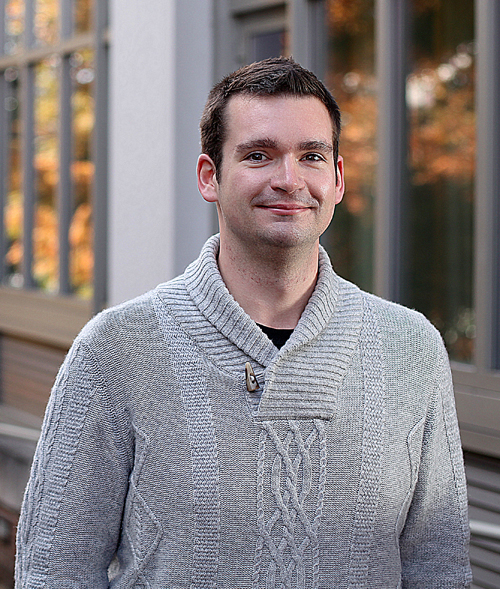 Maximilian (Max) Zahn plans to pursue a career in international transactional law in his home country, Germany, after earning his LL.M. at Vanderbilt in May 2014 as a Fulbright Scholar. After being awarded a Fulbright scholarship to study law in the U.S. last year, Max chose Vanderbilt's LL.M. program because of its top ranking, its small size (approximately 50 students each year), the strength of its corporate law faculty, and the fact that LL.M. students are integrated into J.D. classes.

A member of the German American Lawyer Association, Max already has experience in mergers and acquisitions finance and bankruptcy law. After graduating in the top 10 percent of his law class at Würzburg University in 2012, he joined Linklaters in Frankfurt, where his work focused on those areas as well as security documentation and other-deal-related documentation. He also entered a Ph.D. program at the University of Würzburg, which he earned his law degree.

Max admits his first law classes at Vanderbilt were "a culture shock. You have to go to class! You have to read your assignments! And you are called on—you can't avoid it! But the classes are incredibly good," he added. "I've never had a class like my Contracts class with Professor [Tracey] George—she is incredibly good at conveying concepts and information. Professor [Randall] Thomas's class offers a great overview of Corporations Law. And Professor [Robert] Reder's class in public negotiated M&A transactions is the perfect practical approach."

Max hopes to spend next summer at Vanderbilt completing research for his dissertation before returning to Germany, where he will pursue a legal clerkship before practicing law. He has discussed his dissertation topic, which focuses on an area of health law, with Professor Ellen Clayton, an expert in bioethics who holds a J.D. and an M.D., and whose primary teaching appointment is in Vanderbilt Medical School. "She is so helpful, and she found time to meet with me despite her packed schedule," Max said.

Outside of class, he and fellow German LL.M. student Aurel Hille are enjoying Nashville's incredibly varied music and distinctive culinary scenes, cruising to concerts, clubs and restaurants in a big, green 1998 Buick LeSabre they purchased after scouting several used car lots. "It looks like a gangster car," Zahn grinned. "But there really are a great variety of places to hear music and lots of good restaurants—and the car gets us there."