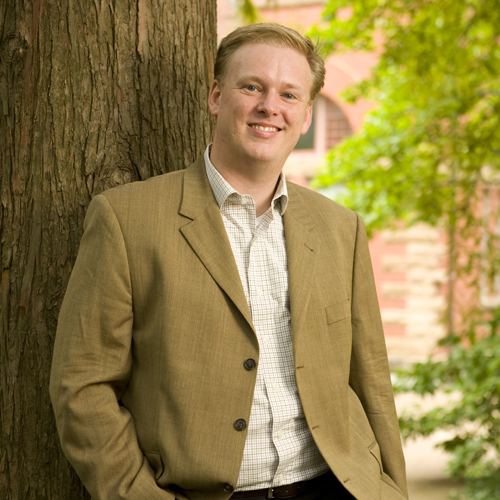 Before Oliver Peglow and his wife, a U.S. citizen, returned to her home state of Tennessee to settle permanently, Oliver had practiced for three years in Germany with a private firm and in the legal department of a bank.

Although he had experience dealing with banking, finance and capital markets law on an international level, Oliver chose to spend a year earning an LL.M. at Vanderbilt before seeking permanent legal employment in the U.S. “I wanted to learn how U.S. lawyers think,” he said. “For that insight alone, the LL.M. was important. Structurally, Germany and the U.S. are very different in terms of their legal systems—Germany being a civil law country as opposed to the common law system in the U.S. Also, most laws in Germany apply to all Germans despite the different states.”

Oliver joined Bass, Berry & Sims as an attorney in 2014 after working there as a contract attorney. “The interviewing process was the most comfortable I’d ever been through, because I already knew the people and knew that I would enjoy working here,” he said. “My office is right next door to a Vanderbilt J.D. graduate I met when we played soccer together during my LL.M. year.”

As an attorney with a U.S. law firm, he particularly appreciates his coursework in contracts and corporate law. “Now, because I’m working on corporate transactions, I’m finding the basics I learned in Professor [John Owen] Haley’s Contracts class  and the Corporations and Business Entities and Mergers & Acquisitions classes I took from Professor [Randall] Thomas really valuable,” he said. He also enjoyed getting to know J.D. and LL.M. students in his classes and as a member of the Vanderbilt Law Futbol Club, a group of law students who organize a weekly coed soccer game.

Oliver found Vanderbilt Law classes completely different from his law classes in Germany, where “you sometimes have 600 to 800 students in an auditorium, and the professor doesn’t even know your name. The smaller classes here—and being called on in class—is definitely an incentive to prepare more than you would for a class in Germany!” he said.

Adapting to practice at an American law firm hasn’t been difficult for Oliver. “I’ve been surprised to find that my day-to-day work isn’t all that different from my work in Germany,” he said. “I focus on contracts, and they generally have similar terms in Germany and the U.S.”