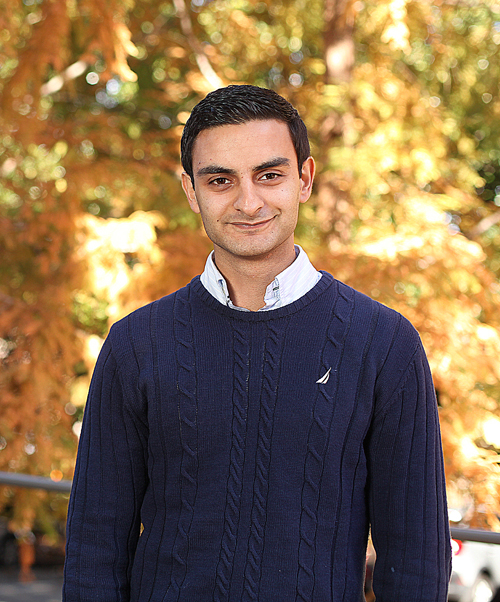 Rony Yaacoub, who graduated first in his law class at Lebanese University, studied at Vanderbilt as a Fulbright Scholar during 2013-14. After winning the Fulbright competition in Lebanon, which Yaacoub describes as extremely competitive, he chose Vanderbilt's LL.M. program because of its top ranking, its small size (approximately 50 students each year), the strength of its corporate law faculty, and the fact that LL.M. students are integrated into J.D. classes.

Throughout law school at Lebanese University, from which he graduated in 2013, Yaacoub worked as a legal trainee at the Michel Rizk Law Firm in Beirut, where his duties included research, writing contracts and lawsuits, and attending trials. He also tutored other undergraduates at his university.

The idea of taking classes with American J.D. students was particularly attractive to Yaacoub. "You get to meet all of the cultures of the world in one place here, which is much better than taking law classes only with other internationals," he said.  He had traveled to other Middle Eastern countries, but his trip to Nashville, which took 24 hours, was his first overseas.

Yaacoub was Vanderbilt's first LL.M. student from Lebanon. "I would never have been able to come without the Fulbright Program," he said. "It enables students like me to study here." He relished the opportunity to learn about corporate transactions from a common law perspective. "Lebanon was under the French mandate, so our legal system is based on the Napoleonic Code," he explained. "But multinational corporations work in English, and most international contracts are written in English."

Yaacoub ultimately hopes to return to Lebanon and engage in a legal practice that facilitates the entry of new businesses and employers. "If I help big corporations expand into Lebanon, where they will be employing people, I play a role in helping our society," he said. "I believe corporations can have a positive impact through their activities in the community."

After completing the LL.M. program, he was hired as an international intern by Holland and Knight in Jacksonville, Florida, recruited by partner Ricardo Bedoya, J.D. Class of 2003.

In August 2018, Yaacoub joined the Office of the General Counsel at the European Bank for Reconstruction and Development in London as Associate in Legal Finance.