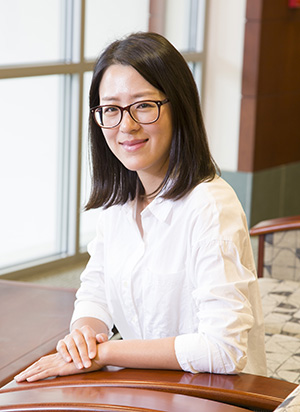 So Yeon Jeon’s path to a legal career was an unusual one. As an undergraduate at Seoul National University, her keen interest in intellectual property led her to take the Korean Bar examination, which she passed. After earning her degree in biosystems and biomaterials science and engineering in 2007, she attended Korea’s Judicial Research and Training Institute to become a licensed member of the Korean Bar. In 2009, she joined Yoon & Yang in Seoul, where she focused on intellectual property law. There, she also met her future husband, Jong Hwa Jung, a graduate of the Hanyang University College of Law who joined Yoon & Yang’s tax department the same year.

When Yoon & Yang partner Jiyul Yoo (J.D. ’95) learned that Vanderbilt Law School was hosting a reception for prospective LL.M. students in 2013, he encouraged So Jeon and Jong Hwa to attend. Both were eager to learn more about the U.S. legal system, and Jiyul strongly recommended Vanderbilt based on his positive experience there. “These days, many IP disputes between multi-national companies involve the laws of several nations,” So Jeon said. “This made me realize I needed to study U.S. law, which is at the center of many global disputes, and in particular, U.S. intellectual property law.” At the reception, meeting the law school’s Dean, Chris Guthrie, Professor Daniel Gervais, an expert in international intellectual property, and the program’s director, Cynthia Coleman, helped convince the couple that Vanderbilt was the right match for them.

So Yeon particularly enjoyed her Intellectual Property class with Professor Gervais. “My career goal is to become a global intellectual property specialist, so this class was really helpful because I could compare Korean IP law with IP law in the U.S.,” she said. “I learned that the theories and doctrines in IP law are similar in Korea and the U.S. My class in arbitration law was also really interesting and helpful—I recommend it to any LL.M. student. These and my other classes provided a good foundation in U.S. law.”

She also liked her class in property law with Professor Daniel Sharfstein. “He’s a great teacher, and I’m sure other students will like him and the class,” she said. “At Vanderbilt, I learned so much about the law and the U.S. legal system. The faculty are experts in their fields of law who have a real passion for teaching.” 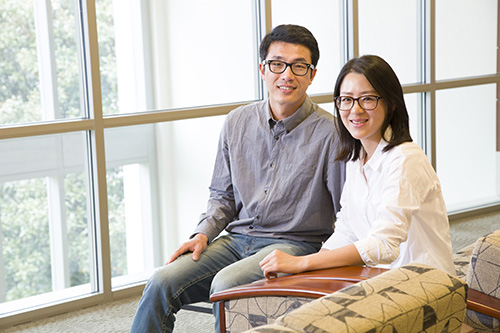 So Yeon and Hwa Jung found Vanderbilt’s LL.M. program academically challenging, but they also found time to enjoy their year in the U.S. when they weren’t attending classes or studying. The couple rented an apartment in Franklin, a suburb of Nashville, with their 19-month-old daughter. The couple commuted to their classes at Vanderbilt by car. “Although commuting took more time, Franklin is a nice place for students who bring their families to the U.S. to live if they want to feel relaxed,” So Yeon said.

Two aspects of Vanderbilt’s LL.M. program So Yeon particularly appreciated were its small size and the fact that J.D. and LL.M. students take the same classes. “We could all get to know each other better, and we were also able to meet J.D. students in our classes,” she said.

So Yeon’s colleague at Yoon & Yang, Dong Won Kim, is now a member of Vanderbilt’s LL.M. Class of 2016 based on her recommendation.