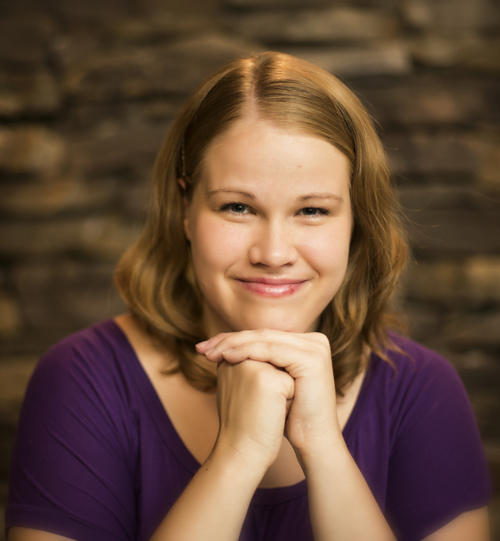 When the Icelandic economy collapsed in 2008, forcing the Icelandic government to take control of its banks, Vigdis Sigurdardottir’s job in the legal department of Landsbankinn, a major Icelandic bank, gave her a front-row seat to consequences of the collapse. “I was actually at work the day our bank was taken over by the government,” she recalled. “After that, a lot of my work involved replying to formal complaints from customers who had retained a lawyer.”

Vigdis had started working in the legal department of Landsbankinn part-time while earning her law degree at the University of Iceland. After she graduated, she accepted a full-time position with the bank and spent much of her free time singing in several choirs, including Graduale Nobili, an award-winning 24-member women’s choir. “I love to sing,” she said. “I can’t remember of a time when I wasn’t a member of a choir.” In 2010, Graduale Nobili was tapped by Icelandic pop star Bjork to sing back-up on her Biophelia concept album and invited to tour with her. Vigdis’ boss as Landsbankinn urged her to tour with the choir while maintaining her job in the bank’s legal department. For the next three years, Vigdis toured part-time with Bjork and worked part-time at Landsbankinn.

Vigdis’ interest in international financial practice led her to consider earning an LL.M. in the United States, and her quest for a highly ranked law school that offered a collegial environment led her to Vanderbilt. “I was quickly drawn to Vanderbilt when I started reading about the school,” she said. “I was interested in a smaller school where I could get to know my fellow students along with the faculty and staff. I also appreciate the personal approach during the Admissions process—it was a great first impression of Vanderbilt.”

In August 2013, Vigdis flew directly to Nashville from Taiwan, where she had just finished a Bjork concert, to start her LL.M. work at Vanderbilt. She was pleased to discover that “Nashville is a wonderful city to move to by yourself, because it is so welcoming.”

Vigdis looks back on the classroom experience at Vanderbilt as one of the best aspects of her LL.M. experience. “I love the fact that Vanderbilt LL.M. students take classes with J.D. students, which is crucial to get the full ‘American experience. It’s a privilege to hear all the different points of view. I came from a school where lectures were king, and there was rarely any class discussion. Although I found it a bit scary at first, I grew to love the interactive way of teaching in my Vanderbilt law classes. It made the classes so interesting and fun and kept me on my toes all semester,” she said.

But her most rewarding discovery was that she could integrate her two passions—music and law—by focusing on intellectual property and copyright law. “Intellectual Property Survey with Professor [Daniel] Gervais was definitely my favorite class,” she said. “His enthusiasm is contagious, and it’s great to learn from such an expert in the field.”

Vigdis joined the Nashville Symphony Chorus, performing in Handel’s Messiah over the winter holiday and in Brahms’ A German Requiem. “I had just finished a Messiah performance with the Icelandic Symphony when I decided to come to Vanderbilt, and I thought, ‘I wonder if I can find anywhere in Nashville where I can sing the Messiah,’” she said. “I auditioned for the Symphony Chorus the day after I arrived.” She also took voice lessons at Vanderbilt’s Blair School of Music. “I got a placement with an excellent professor. It was great. Music City certainly did not disappoint me!” she said.

Vigdis returned to Reykjavik in summer 2014 feeling well-prepared to start work in the legal department of Iceland's Ministry for the Environment and Natural Resources, a national ministry addressing global issues. She worked at the ministry through the end of 2018, when she joined the legal staff at the Icelandic Data Protection Authority, which is tasked with enforcing the Icelandic Data Protection Act and the General Data Protection Regulations. "I find data protection a very interesting and dynamic field, and much less of a niche than I thought when I started at the DPA," she said.