The International Law Practice Lab represents the most innovative aspect of Vanderbilt's International Legal Studies Program. It allows students to participate in demanding, richly rewarding projects through which they are exposed to cutting-edge questions in international law and learn essential lawyering skills.

The Practice Lab also prepares students to participate in the externships available through the International Legal Studies Program. The lab's weekly meetings emphasize the interrelationship between legal theory and practice. For example, students learn the psychology of treaty negotiations and then apply those insights during in-class negotiations using actual treaty proposals. While international legal principles and practice serve as the primary teaching vehicle, Practice Lab graduates develop a range of concrete skills that benefit them in other legal disciplines such as litigation, arbitration, or international business practice.

Students work in groups on high-profile legal projects and serve the needs of real-world clients. Past clients include international organizations, such as the United Nations Development Program, non-governmental human rights organizations, other governments, and branches of the U.S. government, including the State Department, the Department of Homeland Security and the Department of Defense. Students have provided support to ongoing treaty negotiations and helped shape pending legislation in foreign countries. Other recent projects have included providing support to the UNODC Human Trafficking Guide, Iraqi High Tribunal, the Law Library of Congress, the International Criminal Tribunal for the Former Yugoslavia at The Hague, and the Sierra Leone Special Court. In some cases, students have continued to work as externs for clients which they first encountered while participating in the Practice Lab.

Although the substance of most Practice Lab projects is protected by attorney-client privilege, some projects are tied to reports that are subsequently published. Our report on the Burmese government in exile, "Seeking Justice for Burma: A Case for Revoking the Credentials of the SPDC," was widely circulated around United Nations channels during the 63rd General Assembly session. In addition, Vanderbilt students contributed to a human rights report on behalf of the European Union that was compiled and published by the British Institute of International and Comparative Law.

Many Practice Lab projects provide background information and analysis in support of legislative efforts both within the U.S. Congress and overseas. In 2010, Vanderbilt students helped to research and draft a comprehensive report that urged legislative action to aid Iraqi civilians who assisted coalition forces. Section 1236 of the Ike Skelton National Defense Authorization Act of 2011 implemented a key recommendation of the Lab project by requiring a Report to Congress during the first quarter of 2011 as well as a plan “to expedite” the processing of asylum claims on behalf of endangered Iraqi civilians and their families. 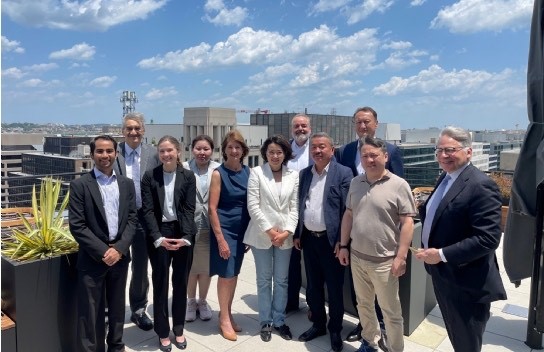 "The International Law Practice Lab provided a unique opportunity to develop my technical understanding of international legal frameworks concerning counterterrorism policy while obtaining practical experience researching, analyzing, and writing in a professional environment. I worked on one of the two State Department grants that the International Legal Studies Program is currently supporting. Our group project involved preparing a report, which is produced quarterly and provided to the Counterterrorism Bureau. We analyzed the development and utilization of various states’ domestic counterterrorism laws throughout four global regions. Having been assigned Central Asia and conducted in-depth research on legislative and judicial histories in the region, I was uniquely prepared in in my 2L Summer Associateship when my firm in D.C. hosted the Supreme Court of Kazakhstan for an American Bar Association Rule of Law Initiative event. My work in the Practice Lab allowed me to speak with the delegation from Kazakhstan about judicial reforms from a deeply informed understanding of their domestic legal system, government, and current events. More broadly however, the Practice Lab offered me the opportunity to hone professional writing skills that I utilize daily. Professor Newton’s insights into the international legal frameworks, entities, and processes imparted invaluable understanding of legal theory and its practical applications in the real world of competing legal regimes."

-Leah Kehoe, Class of 2023 (pictured below third from the left) 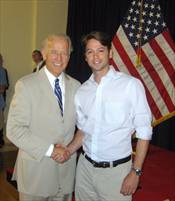 “In Professor Newton's class, I worked on a project for the Iraqi High Court, determining whether the court would have jurisdiction over the commission of certain crimes. That project required us to look at the Iraqi High Court statute and at case law from the International Crime Tribunal for Yugoslavia and the International Crime Tribunal for Rwanda. For our second project, we helped a client in Europe analyze how Shari'a impacts the protection of human rights. We looked at the role of the Shari'a in a number of countries' legal systems, the laws in those countries that protect human rights, the treaties they've signed that guarantee protection for human rights, and whether the country has respected those treaties. The international law lab is useful for anyone who wants to practice international law, and it's a unique experience to work with a professor who's had as much actual work experience as Prof. Newton. You get a slightly different perspective, due to number of years he's actually spent drafting treaties and serving as a diplomat.”

- Charlie Trumbull, Class of 2006, with Vice President Joe Biden. Charlie served for a year as a Deputy Legal Adviser for the U.S. Embassy in Baghdad, Iraq, and is now based in the State Department's Office of the Legal Adviser in Washington, D.C. 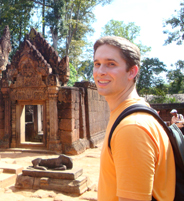 "Applying your knowledge in a lab setting, where your mistakes become teaching points and your briefs become the next day's newspaper headlines, is something special."

- Jason Hutchison, Class of 2007 After graduating, Jason joined the U.S. Foreign Service, first based at the U.S. Embassy in Manila, The Philippines, and currently in Kigali, Rwanda.

The International Legal Studies Program has been awarded two different grants from the U.S. Department of State to support counterterrorism litigation and legislation in a variety of nations around the world.

Vanderbilt students will support this work from 2021 until late 2023. Here is an abbreviated description of the effects of this ongoing work in Iraq to support trials of foreign fighters and to improve evidentiary and investigative practices.

Human rights lawyer Oliver Windridge, who previously worked at the international criminal tribunals for Rwanda and the former Yugoslavia, set up the Mapping Bashir project to see if the indictments had any impact on Bashir's movements.

Working with Professor Michael A Newton from Vanderbilt Law School, he has documented all of Bashir's trips overseas, as well as those that were cancelled.

During oral arguments in September 2018 related to Jordan’s refusal to enforce ICC warrants of arrest, Practice Lab students worked overnight to address questions posed by the ICC Appeals Chamber. The Practice Lab also submitted an amicus brief in the case at the request of the Appeals Chamber before the hearings.

Students in Professor Michael Newton’s International Law Practice Lab contributed to an amicus brief filed June 18 in the Appeals Chamber of the International Criminal Court. The brief addresses a legal question presented in Jordan’s appeal of the ICC’s finding that Jordan failed to comply with the ICC’s request to arrest Sudanese President Omar Hassan Ahmad Al-Bashir and surrender him to the Court when he attended the League of Arab States Summit in 2017.

Professor Mike Newton and Oliver Windridge, founder and director of the Mapping Bashir research project, filed a formal request to the Appeals Chamber of the ICC regarding Jordan’s appeal of the arrest and surrender of Omar Al-Bashir.

Vanderbilt Law School’s International Law Practice Lab has submitted an amicus brief to the African Commission on Human and Peoples’ Rights in a human rights case, Abubaker Ahmed Mohamed and 28 others v. the Federal Democratic Republic of Ethiopia. The case, which currently pending before the commission, challenges Ethiopia’s counter-terrorism statute, which has regularly been used to silence those critical of the government, including advocates, journalists, political opponents, and ethnic, religious and other minority leaders. READ MORE >>

Practice Lab students undertook the first detailed analysis of the atrocities committed against the Yazidi in the immediate aftermath of the Da’esh campaign into Iraq. Students had access to first-hand information and interviews of victims and wrote the detailed analysis on behalf of Iraqi and Kurdish officials that was also provided to the U.S. Holocaust Museum to inform the Museum’s efforts on behalf of victims.

International Practice Lab students Jordan Banks, Shawn Kallilian and Pamela Onyekaba drafted a memo detailing the best practices for collecting and compiling information related to human rights violations inside Eastern Ukraine for the American Bar Association’s Center for Human Rights. The memo supported ongoing human rights initiatives in Ukraine. As a result of the memo, the United Nations Development Program in Kiev invited Professor Michael Newton to participate in the ongoing program to aid civil society leaders in identifying, investigating, and reporting human rights abuses committed during the conflict in Eastern Ukraine. During the Spring 2015 semester, students in the International Law Practice Lab are providing legal analysis to assist the defense team in the high-profile criminal case involving Ukrainian pilot Nadia Savchenko, who is currently being held in a civilian prison in Moscow.

"Practice Lab students have supported ongoing judicial system reforms in Peru with various projects, including an amicus brief filed in the InterAmerican Commission of Human Right ," Newton said. "Peru is facing a wave of difficult human rights cases as a result of the Sendero Luminoso (Shining Path) terrorism of the 1990s, and its government is also in the midst of reforming the country's criminal code to move toward an adversarial model. We've been asked to work with the Peruvian courts to develop a broader outreach and education program for lower level judges, and I'll visit the Supreme Court again in fall 2013."