Class Notes are posted in the order they were received, with the newest posts on top.

Do you have news you would like to share or just want to let everyone know what you are up to these days? Submit your class note online, email Class Notes or call 615-322-2606.

Roberts Clay Milling II, a native New Orleanian, passed away Saturday, October 9th in Atlanta, Georgia. He was 55. Clay is survived by his parents, R. King and Anne McDonald, and two sons, Roberts Clay III and William Paul. Clay was joyous, quick-witted, funny, charming, warm, and fun-loving. He was full of life and will be missed by many. Read his full obituary here. Posted 10.19.21

Phillip W. Snyder, has written and published a new novel entitled Of Juliette's Blood: A Novel of Love and the Law.. He retired from his solo practice in December, 2017 to devote time to other interests, including his writings and acquisition of a patent on a food production method. He currently resides in Durango, Colorado at the foot of the beautiful San Juan Mountains. If you would like to contact Philip, you can do so here. Posted 7.30.21

Asbed Guekguezian was inducted as a Fellow of the American College of Trial Lawyers. Posted 2.12.21 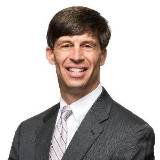 Warren Lightfoot, Jr., has been elected as a Fellow of the College of Labor & Employment Lawyers. This distinction is given only to a few select lawyers who, throughout their career, have exemplified exceptionally high quality professional services to clients, bar, bench, and the public. This accomplishment is recognized as the highest honor bestowed on a Labor and Employment lawyer in the country. Read more here. Posted 10.6.2020

McKinley Wooten has been appointed as director of the North Carolina Administrative Office of the Courts (NCAOC) by Chief Justice Cheri Beasley. Wooten has served as interim director since February 28, 2019, managing the administrative services provided to the Judicial Branch’s more than 6,400 employees and 213 judicial facilities in every county of the state. He previously served as deputy director of NCAOC, deputy secretary of the Department of Administration, and inspector general at the North Carolina Department of Justice. He is the first African American to serve as director of the NCAOC. Read more here. Posted 3.6.20

Mitch Glazier has formally taken office as Chairman and CEO of the Recording Industry Association of America (RIAA) .   Posted 2.4.19

Regina S. Edwards appointed a U.S. magistrate judge for the Western District of Kentucky in Louisville. Edwards previously served as an assistant U.S. attorney for the Western District of Kentucky, where she has served as chief of the Civil Division and as the First Assistant U.S. Attorney.  Edwards filled a vacancy created by the retirement of Magistrate Judge Dave Whalin.  Read more: https://law.vanderbilt.edu/news/regina-s-edwards-91-appointed-magistrate-judge-for-the-western-district-of-kentucky/  Posted 8.03.18

Richard Miller is a wealth advisor at Glenmede in Washington, D.C. He is responsible for the delivery of wealth management advice, administration and solutions in the areas of wealth transfer, fiduciary, financial and charitable planning. Prior to joining Glenmede, he served as a senior relationship manager at Northern Trust. Posted 11.27.17

Mark H. Wildasin was appointed U.S. Attorney to the Middle District of Tennessee by Attorney General Jeff Sessions. He will serve as an acting U.S. Attorney for 120 days, or until the U.S. Senate confirms a presidential appointee, making him the third appointment this year as Middle Tennessee's chief federal prosecutor. Posted 9.20.17

Lisa V. Terry was appointed to senior vice president and chief ethics officer of The Export-Import Bank of the United States. Previously, she served as general counsel of the U.S. Office of Special Counsel. Posted 11.28.16

John Jennings Garman of Montgomery, Alabama, died July 24. John was a professor at the Thomas Goode Jones School of Law at Faulkner University. In addition to his J.D. at Vanderbilt, he earned an LL.M. in European comparative law at Faculté de droit d'Aix-Marseille in Aix-en-Provence, France. After practicing law in Nashville, he taught undergraduate law at David Lipscomb University. He was a private pilot and had an amateur radio expert class license. He is survived by his wife, Rhonda Mayse Garman. Posted 8.23.16

William Tompkins Cheek III was included on the 2015 “Best of the Bar” awards list by the Nashville Business Journal. Will is a member in the Nashville, Tennessee office of Bone McAllester Norton where he leads the firm’s alcoholic beverage team and provides licensing and regulatory compliance advice to restaurants, hotels, clubs, craft distilleries and breweries. Posted 5.15.15

Sharon Ann Mattingly is a member in Stoll Keenon Ogden’s Louisville, Kentucky,office. She is a member of the firm’s labor, employment & employee benefits practice as well as the securities & corporate governance practice.  Sharon currently serves on the board for the Kentucky Public Pension Oversight and has served on the executive committee and board of directors for the Kentucky Shakespeare Festival. Posted 3.24.15


James Beattie has been appointed associate dean for academic affairs of Capital University Law School. Jim joined the Capital University law faculty in 2001. In 2002, he was named as the school's winner of the Association of American Law Schools Teacher of the Year Award. He has taught constitutional law, law and religion, jurisprudence, and the First Amendment, and served as a faculty advisor to the Capital University Law Review, the Jessup International Law Moot Court Team and the National Moot Court Team. He also served as chair of the university faculty senate. Before joining Capital's law faculty, Jim taught philosophy at Tulane and Xavier universities in New Orleans. He was a clerk for Chief Judge Gerald Bard Tjoflat of the U.S. Court of Appeals for the 11th Circuit and then litigation associate at Simpson Thacher & Bartlett in New York and with Greenberg Traurig in Miami before becoming a professor. Posted 7.18.2014

Adolpho Augustus Birch III, has been elected to the Vanderbilt University Board of Trust, effective July 1. Adolpho is senior vice president of Law, Labor Policy and Government Affairs for the National Football League. His position includes oversight of the league's drug and conduct policies and collective bargaining agreement. He also oversees the league's player engagement efforts, which focus on continuing and financial education, career development, career transition and clinical assistance. Birch is the son of the late Tennessee Supreme Court Chief Justice A.A. Birch Jr. He earned his undergraduate degree from Harvard University before earning his legal degree from Vanderbilt Law School, where he was a student of Chancellor Nicholas S. Zeppos. Posted 5-27-14

Melvin LeRoy Yarbrough has been promoted to chief executive officer at File & ServeXpress, the pioneer and national leader of electronic filing for the legal and judicial communities. Melvin was hired as general manager of File & ServeXpress in September 2013, and has been instrumental in implementing infrastructure in preparation for driving growth. As CEO, he will preside over the company's planned growth of product and service offerings. Posted 5-27-14

Melvin LeRoy Yarbrough, a business leader credited for galvanizing growth in start-ups and national companies, has been named general manager of File & ServeXpress, the pioneer and national leader of electronic filing for the legal and judicial communities. Melvin assumed leadership responsibilities at File & ServeXpress, based in Irving, California, on September 9. Melvin will lead strategic direction of the company as well as day-to-day operations and the implementation of all corporate goals. Posted 9.23.13

Robert Reynolds Dunn , a member at Bailey Cavalieri, has been appointed managing director of the 50 attorney Columbus, Ohio-based law firm. Beginning with his first employment in the mail room as a college student in the 1980's, Bob has a long history with the firm and its attorneys, and brings a unique perspective to his new position. Certified in Ohio as a specialist in estate planning, trust and probate law, Bob's practice is focused on planning and implementation of estate and business succession plans, probate litigation, and state and federal estate tax matters. He is chair of the firm's probate and estates practice group and will remain actively involved in serving clients in that area. Posted 7.16.13

Mark H. Wildasin has recently returned from a one-year detail to the American Embassy in Baghdad, Iraq, where he worked as an attorney advisor in the Office of the Justice Attaché. During his detail, Mark assisted Iraqi judges in their investigations and prosecutions of terrorists accused of killing American soldiers and citizens, trained Iraqi judges and law enforcement officers on Iraq's new anti-human trafficking law, and worked with other embassies and non-governmental organizations on a wide range of Rule of Law issues. Mark has resumed his job as Civil Chief in the United States Attorney's Office for the Middle District of Tennessee in Nashville. Posted 6.12.13

Gary Hugh Collins was recently announced by Connecticut Governor Dannel P. Malloy as chairperson of the Connecticut Commission on Human Rights and Opportunities (CHRO), the state agency responsible for addressing discrimination through civil and human rights law enforcement and working to establish equal opportunity and justice for all persons within the state. Gary currently works as a Core Compliance Leader (Exec.) with GE Capital in Norwalk. He has also been an adjunct professor at the University of Connecticut School of Law since 2004. He previously served as an Assistant U.S. Attorney at the U.S. Attorney's Office in Washington, D.C. after which he joined Day, Berry & Howard (now Day Pitney) where he was elected partner in 2006. Posted 6.11.13

Marc E. D'Antonio was elected to a four year term as Judge of the Muscogee County Probate Court in Columbus, Georgia in November 2012, and took office January 1. Marc remains married to Catherine Dietrich D'Antonio (BS'88) with whom he has two children, Kate (age 16) and Jack (age 13). Posted 1.18.13

Stephen Fletcher Wood Jr. has been elected a shareholder in the Nashville office of Baker Donelson Bearman Caldwell & Berkowitz. Steve also serves as co-chair of the firm's emerging companies group and as the information security officer for Baker Donelson. Posted 5.8.12

A. Rick Atwood Jr. has been named Attorney of the Year in Securities Litigation by the California Lawyer. Rick is a partner at Robbins Geller Rudman & Dowd in San Diego where he has successfully represented shareholders in securities class actions, merger-related, class actions, and shareholder derivative suits in federal and state courts in numerous jurisdictions. Posted 4.17.12

Mitch Glazier,who has spent the last 11 years leading the government relations activities of the Recording Industry Association of America (RIAA), has been appointed senior executive vice president. In his new role he will continue to lead the RIAA's activities on Capitol Hill and assume broader responsibilities. Mitch was previously the RIAA's executive vice president for Public Policy and Industry Relations, overseeing industry initiatives to strengthen copyright laws and addressing First Amendment issues. Posted 10.17.11


Rana B. DiOrio, appeared on The Balancing Act on Lifetime Television along with host Danielle Knox on June 14, 2011. As the publisher at Little Pickle Press, Rana shared with viewers the importance and challenges of discussing with children the meaningful topics of our day. Posted 7.15.11

Clisby Hall Barrow has been selected as a Fellow of the Tennessee Bar Association. The Foundation honors attorneys who have distinguished themselves in the profession by electing them to membership as “Fellows.” Their contributions are used to support selected, law-related public interest projects. Posted 3.10.11