Class Notes are posted in the order they were received, with newest posts on top.

Do you have news you would like to share or just want to let everyone know what you are up to these days? Submit your class note online, email Class Notes, or call 615-322-2606.

Ashley Kasarjian has been promoted to Director, Employment Services and Investigations at Republic Services. She has also been named to the Phoenix Business Journal’s “40 Under 40” for 2021 and serves as the Immediate Past Chair of the Employment and Labor Law Section for the State Bar of Arizona. Posted 10.29.21

Whit Kilgroe has been hired by The Stephens Group, LLC, the private investment firm backed by the Witt Stephens and Elizabeth Campbell families, as General Counsel. Posted 10.19.21

Mrs. Lori Branyan Metrock is now a Shareholder at Maynard Cooper & Gale. A Shareholder in the Firm’s Corporate, Securities & Tax Practice, Lori concentrates her work in the areas of corporate and securities law and mergers and acquisitions. Posted 5.20.21 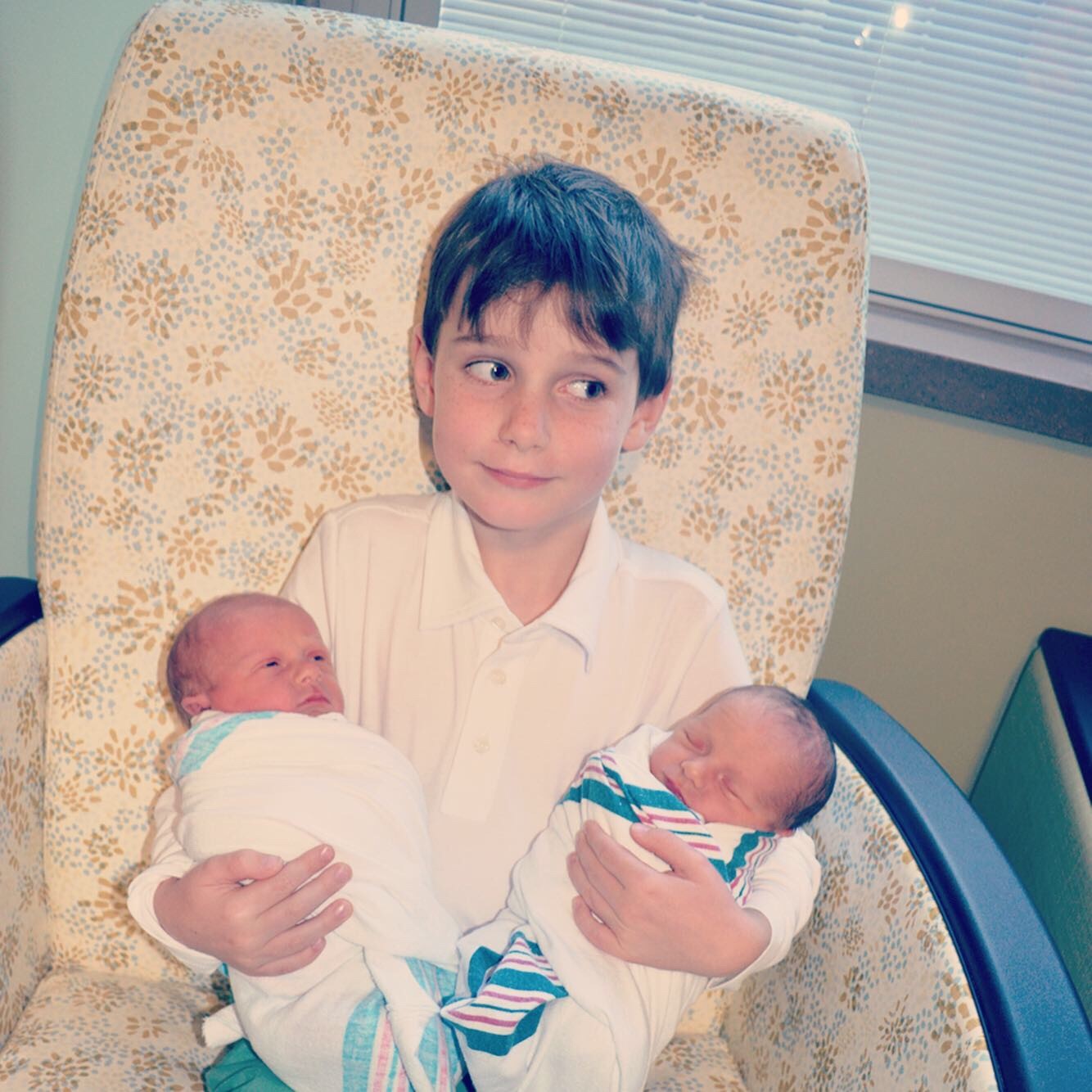 Jordan Arnot Leahey was honored with a 2019 Women, Influence & Power in Law Award by Corporate Counsel. Formerly known as the National Women in Law Awards, the WIPL Awards honor general counsel, in-house leaders and law firm partners who have demonstrated a commitment to advancing the empowerment of women in law. According to Corporate Counsel, “these women are business strategists, complex problem-solvers, and of course, great lawyers.” Jordan is partner at Partridge Partners, a Chicago-based Intellectual Property firm. Posted 10.9.19

Sonya Jindal Tork was listed on the Ohio Rising Stars 2019 list, which recognizes the state’s top -up-and-coming attorneys. Sonya is a partner at Taft Stettinius & Hollister in Cincinnati.  Posted 5.8.19

Huong Lam joined Williams Kastner as an associate in their Washington office.  Posted 1.15.19

Jordon Arnot Leahey was honored by the American Bar Association as a “2017 On the Rise- Top 40 Young Lawyers”, a group recognized for exemplifying a “broad range of high achievement, innovation, leadership, and legal community service”. Jordan is partner at Partridge Partners, a Chicago-based Intellectual Property firm. Posted 9.20.17

Darren Rumack is partner at The Klein Law Group in New York, New York. He is the chair of the firm’s employment law practice. Posted 4.19.17

Lauren Loew made partner at Foley & Lardner. Lauren is a litigation lawyer and member of the firm’s Business Litigation & Dispute Resolution Practice and Automotive Industry Team in their Chicago office. Posted 1.23.17

Michelle Kennedy (BA ’92), executive vice president, general counsel and chief financial officer for the Nashville Predators, was honored as one of 10 “Women in Business” selected by Nashville Lifestyle magazine. Posted 8.23.16

Joseph Patrick Chase is a shareholder in the West Palm Beach office for Gunster where he is a member of the corporate practice group. Posted 5.3.16

Don H. Nguyen , has joined The Expert Network, an invitation-only service for distinguished professionals. Nguyen has been chosen as a Distinguished Lawyer based on peer reviews and ratings, recognitions, and accomplishments achieved throughout his career. He specializes in real estate law and business law. Posted 3.07.16

Stephen Ryan Goler (BA’04) is now a shareholder in the Chicago office of Greenberg Traurig where he focuses his practice on joint venture, foreclosure and construction matters. Posted 2.25.16

Todd Ryan Hambidge is a partner in the Nashville office of Waller Lansden Dortch & Davis where he focuses on business and intellectual property litigation. Posted 1.11.15

Sonya Singla Jindal has been elected to partnership by one of Cincinnati's largest law firms, Taft Stettinius & Hollister. Sonya focuses her practice on tax and succession planning, including entity formations, mergers and acquisitions, joint ventures and partnerships, amongst others. Posted 1.27.16

Courtney Blaire Glaser has been elected partner in the Houston office of Andrews Kurth. Courtney has a diverse civil litigation background, with an emphasis on commercial and business litigation. Posted 12.17.15

Peyton Alexander Cooke joined the United States Institute of Peace as senior program officer for rule of law at the Institute's Kabul, Afghanistan office. In this capacity he will oversee a variety of programs including court observation, legislative monitoring, Afghan constitutional research, and land law reform. Posted 11.16.15

Ainka Sanders Jackson will deliver the initial lecture for the Plan 2 Plan workshop series at Concordia College Alabama. The series is designed to provide attendees with information on how to plan for the future and key aspects of what they can do now to get where they want to be.  A Selma, Alabama native, Ainka is an assistant public defender in Nashville, Tennessee. Posted 8.28.15

Ashley T. Kasarjian, a labor and employment attorney, has been elected as Vice Chair of the Maricopa Community Colleges Foundation Board of Directors. Ashley practices as counsel with Snell & Wilmer in the firm’s Phoenix office. Posted 6.25.15

Lori Branyan Metrock  (BA’03) has been elected shareholder at Baker Donelson in the firm’s Nashville, Tennessee office. Lori concentrates her practice in the areas of corporate and securities law and mergers and acquisitions. Posted 5.15.15

Bryan Andrew Jacobs has been included in those selected as “Leaders in Their Fields” in the 2015 edition of Chambers USA: America’s Leading Business Lawyers. Bryan practices with Keatin Muething & Klekamp in Cincinnati with the firm’s business representation and transactions practice group. Posted 2.18.15

Alan Stuart Bean has been named a member of Gideon Cooper & Essary where he has practiced as an associate since 2007. Posted 1.26.15

Joseph Patrick Chase was named to the board of directors of the YMCA of the Palm Beaches for a three-year term, beginning in 2015. Joseph has been with the Gunster law firm since 2010. He handles numerous complex business transactions and assists clients with their day-to-day business and corporate law needs. Joe has represented clients in numerous industries, including health care, agriculture, technology, beverages and publishing. Besides this achievement, Joe was recently accepted into Class V of Leadership Florida's young professional program, Connect Florida. Additionally, Joe has been named secretary of the Chamber of Commerce of the Palm Beaches for the 2014-15 terms and will serve as the Chamber's chair during the 2016-17 term. During the 2015-16 term, he will serve as the Chamber's chair-elect. Posted 1.26.15

Rose Hernandez and Milen Saev (JD '01) have announced the opening of Saev Hernandez Immigration Practice , PLLC. The two partners previously practiced immigration law at Rose Immigration Law Firm. They focus on employment-based, family-based and humanitarian immigration law. Rose and Milen, both graduates of Vanderbilt University School of Law, combine to speak fluent Spanish, Russian and Bulgarian. Rose focuses on permanent residence through employment, particularly the labor certification process. She also works on family-based immigration and humanitarian cases, such as U visas for victims of certain crimes who have cooperated with law enforcement, waivers, deferred action for childhood arrivals and special paths to citizenship. Rose speaks and writes on the immigration regulatory environment in Tennessee, immigration options for children, citizenship and comprehensive immigration reform. She volunteers for the Tennessee Immigrant and Refugee Rights Coalition (TIRRC) as the supervising attorney for its Welcoming Tennessee Naturalization Clinics. Posted 8.12.2014

Sonya S. Jindal,  an associate at Taft Stettinius & Hollister, has been selected as a Top 100 Trial Lawyer by The National Trial Lawyers. Membership into the organization is by invitation only and is extended to those individuals who exemplify superior qualifications, trial results, and leadership in criminal defense or civil plaintiff law. Jindal is an attorney in Taft's Tax group and concentrates her practice on a broad range of tax matters, including state and federal tax planning and civil and white collar criminal tax litigation. She has experience in all aspects of tax planning and dispute work, including federal and state tax controversy matters, criminal tax investigations, and sensitive government examinations of complex tax shelters and other tax-advantaged strategies. Posted 7.18.2014

Craig Andrew Max IV died July 15. He was 31. Craig was an attorney at Vanderpool Frostick & Nishanian, where he focused on estate planning and tax issues. Before practicing law, Craig worked in private, government, and public accounting practice in Illinois, Indiana, Tennessee, and Washington, D.C. He was also an assistant professor with the University of Maryland, where he taught accounting, tax, and business law courses. He was a Certified Public Accountant, a designated Trust and Estate Practitioner, and a Fellow of the American Academy of Financial Management. His writings appeared in various publications, including the Indiana Business Lawyer and Aviation Insurance & Risk Management. At Vanderbilt, he received scholastic excellence awards in corporate taxation and representing the family business and the Vanderbilt Journal of Transnational Law Outstanding Editor Award. He is survived by his parents and his partner, Michael Zurat of Manassas. Posted 1.14.13


Taylor Hayden, founder of Boost Business & Legal Advisors in Charlotte, North Carolina, and his wife, Sarah Elder Hayden (BA'04), have invented a new product, the WineShark Red Wine Hyperaerator, the first ever red wine hyperaerator. They are currently in the process of raising capital for tooling costs and production of their new product. Posted 11.7.13

Gray R. Proctor was appointed to the advisory board of the Bloomberg Bureau of National Affairs Criminal Law Reporter in May. Gray has a law office located in Orlando, Florida. Posted 7.16.13

Todd Ryan Hambidge and Cristin (Hartzog) Hambidge welcomed their first child, Thomas Amos, on April 24. The family lives in New York City where Todd is a senior associate in the IP and litigation practice groups at Fulbright & Jaworski and was recently recognized by Super Lawyers for the second year as a “New York City Rising Star”. Cristin is an associate in the litigation practice group at King & Spalding. Posted 7.12.12

J. Maria Glover has joined the faculty of Georgetown University Law Center. Maria has been a Climenko Fellow and lecturer on law at Harvard Law School since 2010. She teaches and writes on civil procedure, complex litigation, international civil litigation and the interplay between private and public regulation. Before going to Harvard, she practiced in the Supreme Court and Appellate Practice Group at Mayer Brown in Washington, D.C., and she clerked for Judge J. Harvie Wilkinson III of the U.S. Court of Appeals for the 4th Circuit. Posted 6.12.12

Daniel Barham, a partner in Carlile Patchen & Murphy in Columbus, Ohio, is running for Fairfield County Commissioner in 2012 to replace the retiring commissioner. Posted 10.17.11

Emily Jane Aten and William Whitney Kilgroe were married on April 9, 2011 in Atlanta. Lindsey Bowen Mann was a bridesmaid. Taylor Hayden and Bradley Reed were groomsmen. Emily and Whit live in Atlanta, where Whit is a corporate associate at Jones Day and Emily is an in-house corporate attorney at Credigy. Posted 7.15.11

Ashley Kasarjian was appointed to the editorial board of Arizona Attorney magazine. She has also been elected to the board of directors for the Maricopa Community Colleges Foundation. Ashley in an associate at Snell & Wilmer in their Phoenix office, focusing in litigation, employment counseling/advice and internal investigations. Posted 7.15.11

Ben Gastel recently left Troutman Sanders in Atlanta and accepted a position with Branstetter, Stranch and Jennings in Nashville. His position was secured through the help of the Vanderbilt Law School Career Services Department. Posted 5.18.11

Bryan Cantrell and his wife,Oksana, welcomed their first child, Alexander John Cantrell, on April 29, 2011. The Cantrells live in Parsippany, New Jersey, where Bryan is an associate in the Labor and Employment Group at the Newark office of K&L Gates. Posted 5.6.11

Erick Wang joined the Houston office of DLA Piper as an associate in the corporate and securities practice group. Posted 4.11.11

Matt Martinez is one of four alumni (Matt Sanderson '08, Chad Pehrson '08 and Bentley Peay '07) who founded a political action committee to lobby for a college football playoff. The PAC has evolved into the principal advocacy group on the issue and have had some great success. The group was recently featured on the front page of the New York Times. Posted 3.9.11

Joseph B. Wells has been named senior associate at Frost Brown Todd in the Corporate and Business Department. He represents and advises clients in the area of financial restructuring. Joseph has worked at Frost Brown since graduation. Posted 2.2.11

Raghu Seshadri has joined the in-house legal department of Southwest Airlines Co. in Dallas, Texas where his practice focuses on intellectual property protection and transactions. Before joining Southwest, Raghu was an associate in the Technology Transactions Group at Wilson Sonsini Goodrich & Rosati in Palo Alto, California. Posted 1.28.11