Wuerth will serve as AJIL co-editor-in-chief with Monica Hakimi, who is the James V. Campbell Professor of Law at the University of Michigan. Their four-year appointment will take effect in April 2022.Their election was announced by the executive council of the American Society of International Law following a unanimous vote of the AJIL board of editors, on which both Wuerth and Hakimi have previously served. 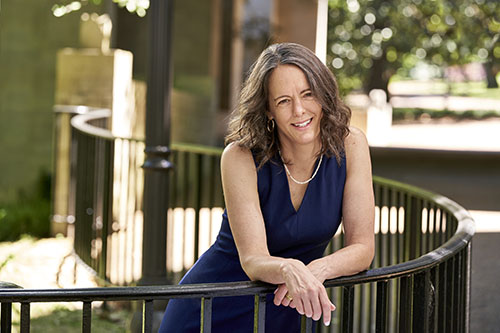 Wuerth is a leading scholar of foreign affairs, public international law and transnational litigation. She joined Vanderbilt’s law faculty in 2007 and served as director of Vanderbilt’s International Legal Studies Program from 2009 to 2018, when she was appointed director of the Branstetter Litigation and Dispute Resolution Program. She was named to the newly endowed Helen Strong Curry Chair in International Law in 2015. She was appointed associate dean for research in 2020.

Wuerth is a member of the American Law Institute and was named as a Reporter for the Restatement (Fourth) of the Foreign Relations Law of the United States. She also served on the U.S. State Department’s Advisory Committee on Public International Law. Her numerous honors and fellowships include the Morehead Scholarship at the University of North Carolina, Chapel Hill; a Fulbright Senior Scholar award; the German Chancellor’s Fellowship; election to the German Society of International Law; and election to the Order of the Coif. Before entering the legal academy, she was a law clerk for Judge Jan E. DuBois in the Eastern District of Pennsylvania and Judge Jane Roth on the U.S. Court of Appeals for the Third Circuit.

“AJIL is an indispensable resource for everyone who works on international law and foreign affairs. It is a great honor to serve as co-editor-in-chief, and I am very fortunate to do so with the superbly qualified Monica Hakimi,” Wuerth said. “We plan to maintain the journal’s standing as the premier global publication on international law while also making it more diverse and more appealing to an even greater range of readers. Excellent scholarship in international law is critically important during a time when we face daunting global challenges—including the pandemic, climate change, global rivalries, threats to democracy and the management of new technologies.” 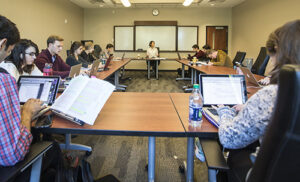 The International Legal Studies Program prepares students to practice law in a global environment by combining substantive classroom exposure to cutting-edge topics in international law with practical experience in their application through the International Law Practice Lab and annual externships . The program’s core faculty of respected scholars have expertise in key areas of international law.